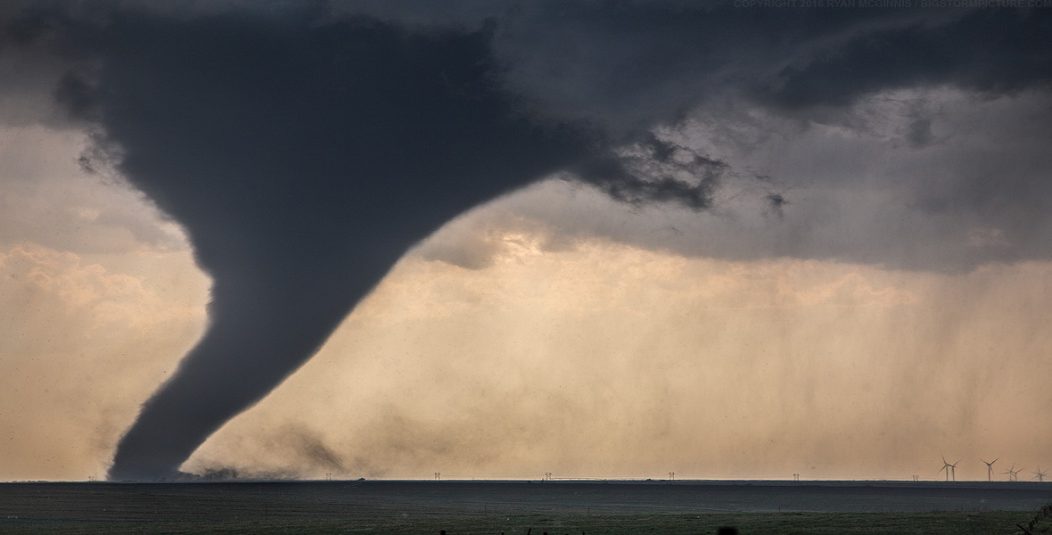 Tornadoes are nature’s weapon of choice when it comes to immediate yet unprecedented destruction. These funnels of rotating air can touch down within minutes and go on an unstoppable wrecking spree. As awe inspiring and scary as they are, these freaks of mother nature demand admirable respect for they always leave a death count in their wake. Here’s a look at 5 of the deadliest tornadoes in U.S history.

Destroyed building after the tri-state tornado


This monster hit ground zero on March 18th, 1925 and began its destruction at 1:00pm, 3 miles North west of Ellington, Missouri. It ended at 4:30pm, 3 miles South west of Petersburg, Indiana. The total distance it covered was 235 miles with an average width of 3600 feet, however its width reached over 1 mile at certain points. Three states were affected by the Tri-State Tornado namely Illinois, Indiana and Missouri. Its total time on the ground meanwhile was 3 1/2 hours with average forward speed of 62 miles-per-hour and a record setting speed of 73 miles-per-hour at one point. This Tornado was an F5 on the Fujita Scale with winds reaching near 300 miles-per-hour. The destruction it caused also resulted in 695 deaths and 2,027 injuries hence making it the deadliest Tornado ever in U.S history.

Mississippi seems to have some sort of Tornado magnet in its grounds for it was also affected by the second deadliest Tornado. The Great Natchez Tornado hit Natchez, Mississippi on May 7, 1840. Its destruction claimed the lives of more than 317 people. In addition to the 317 deaths, only 109 were injured by it, a testament to its intensity. Out of the 317 killed, only 49 were on land while 269 on the Mississippi River as the tornado went tearing through boats and shipping docs. The actual death toll however might have been higher as the deaths of slaves were not counted back then.


The St. Louis tornado was a historic tornado that occurred on Wednesday, May 27, 1896. It was a part of a major tornado outbreak across the Central United States which continued across to the Eastern side on the 28th. Out of all the Tornado outbreaks that day, this was the most notable one of all. It caused over $10,000,000 in damage ($4.35 billion today). It also killed 255 people died, and injured more than a 1000.

Mississippi makes it into this list again with a third tornado that went tearing through the town of Tupelo on April 5th 1936 and continued into the next day. By the time it was done wrecking havoc across the land, it had claimed the lives of some 216 people. The total death toll of all the tornadoes on that day combined went above 400 with injuries reaching the figure of 3500. One notable survivor however, of this killer was a one year old named Elvis Presley who was born in Tupelo.

The second deadliest in the series of Tornadoes that touched down on April 5-6th, this funnel of air landed in Hall County southwest of Gainesville and began its destruction while moving northeast. A second funnel was also spotted west of the city as it moved east. At 8:27 the funnel paths met in downtown Gainesville and started heading towards the Catholic Church on Spring Street. It however miraculously missed the worship place. Though, by the time it ended, it had already claimed 200+ lives with 1,600 injuries and 2,000 homeless.


Get regular updates regarding your surrounding weather with the best Iphone & Ipad weather app.