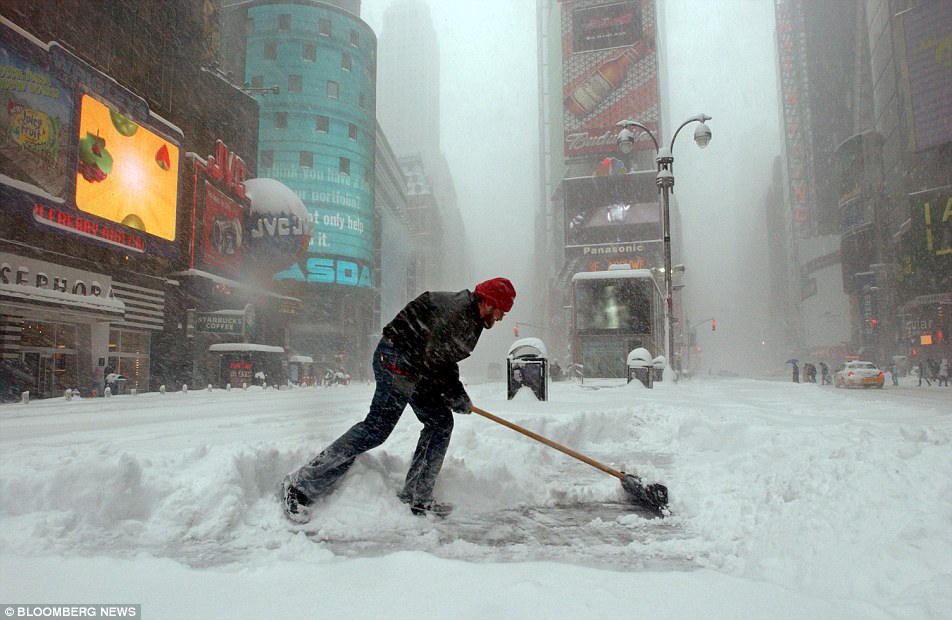 5 of the Worst Blizzards in U.S History

Every year, the last months of the Calendar bring with it cold and chilly weather to the U.S. These weather conditions are accompanied by piles of snow. America’s Atlantic coast that lies in the path of these storms bears the brunt each year. There are some years on record however, when mother nature decided to turn things up a notch. The blizzards that resulted in those years have stood to be some of the most fiercest and deadly ones. So its time we take a look at 5 of the worst blizzards in U.S history.

When it comes to the history of blizzards, few are as iconic as the Great Blizzard of 1888. This white wrath of mother nature descended its tentacles upon America’s east coast on March 12 1888. By the time it was done dumping its load, some 20–60 inches of snow had fell in New Jersey, New York, Massachusetts, Rhode Island, and Connecticut. That’s 5 feet of snowing in 3 days!!. Such chaotic weather was bound to claim lives. The Great Blizzard of 88 consequently consumed no less that 400 lives. Many out of that number were simply buried under a pile of relentless snowing. New York’s Central Park Observatory reported a minimum temperature of 6 °F (−14 °C) during the blizzard, the lowest ever for the month of March.


The Great Appalachian Storm of 1950 was massive cyclone that hovered over the Appalachian mountain range in Eastern United States. Its gigantic size was evident from the area it impacted. At its full strength, the storm covered 22 states and claimed the lives of 353 people while injuring over 160. By the time it was done, almost 57 inches of snow blanketed the central Appalachians. This particular storm would go on to become a benchmark for future studies of weather patterns. The research conducted upon it has resulted in the establishment of National Centers for Environmental Prediction, an agency responsible for delivering weather warnings across the United States.


The Storm of the Century


What happens when a storm becomes both a blizzard and a hurricane? it gets the nickname of Storm of the Century. This monster wreaked havoc from Cuba to Canada as it covered an entire continent from March 12th to 15th. Its shear size resulted in areas as far south as central Alabama and Georgia receiving 7 to 8 inches of snow. It eventually did dissipate into the North Atlantic but not without leaving a death toll. 318 fatalities resulted due to The Storm of the Century, thus making it the third deadliest blizzard in U.S history.

The worst natural disaster ever to hit Great Lakes Basin, the Great Lakes Storm also called the White Hurricane killed more than 250 people and destroyed 19 ships. Its effects were felt across the border in the province of Ontario, Canada as well while it raged on for 4 days. A seasonal process called the “November gale” was responsible for most of the destruction as it produced 90 mph winds, and waves over 35 feet high.

The blizzard of February 5–6, 2010 in North America that is commonly referred to as Snowmageddon was a devastating blizzard that had major impact in the Northeastern United States. At its peak, the storm’s reach stretched from California on February 2nd to the East coast on February 6, 2010, thus covering the entire country in its white blanket. And cover the country it did for its after effects would result in 68.1% of America’s land covered in a thick white blanket of snow. The term “Snowmadgeddon” which was originally coined by President Obama in 2009 stuck befittingly to this mammoth storm that dumped 35 inches of snow in places such as Pennsylvania and Washington D.C.


Stay up-to date with the latest weather developments with the best weather app for your Iphone & Ipad.